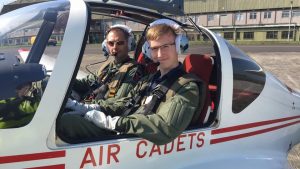 Flying is one of the key activates that the air cadets offer and opportunities are not sparse at Lawnswood, cadets from the squadron took part in a total of 43 flights in 2017 alone.

Cadets from as young as thirteen years old will have the opportunity to fly a powered aircraft, learning the basic controls and aircraft handling. Further flights will offer more advanced flying techniques as well as the chance to try aerobatics.

Flying usually takes place at RAF Linton-on-Ouse and RAF Leeming although opportunities are often available during annual camps as well. Upon arrival, cadets will be given a pre-flight brief covering all of the safety aspects of the flight and will then be fitted with a flying suit, helmet and parachute. They will then be accompanied to the aircraft with an experienced pilot where ground crew will assist getting into the aircraft and securing the harness. Each flight will typically last around 25 minutes and there are many further opportunities as well as qualifications to be gained within the organisation.

Cadets can earn their blue gliding wings aged 13.3+, their bronze wings aged 15+ and their silver and gold wings, aged 16+. 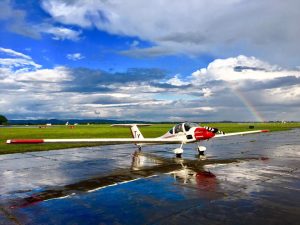 Since 1984, the Grob Viking two seat conventional glider has been used. Launched primarily by newly introduced Skylaunch winches, these aircraft offer simple aerobatic capability and fantastic training opportunities from a cadet’s first flight gaining their blue gliding wings, through to their potential training as a staff instructor (18+). 8 VGS units operate the Viking.

Similarly, the Grob Vigilant fleet have been in service since 1990. The fleet offer the added capability of being self-launching (via their engine) and can therefore fly just as a traditional light aircraft does. The engine can be shut down and engine off landings can be made, however the engine remains on for most training sorties. 645 VGS (our local VGS) based at RAF Topcliffe and 631 VGS (Woodvale) currently operate the type.

Cadets can progress to fly both aircraft types solo, gaining their silver gliding wings and provided they show aptitude, can be recruited as “Flight Staff Cadets” (FSC’s). From here, they can gain their gold, or advanced gliding wings, before progressing to becoming G1 pilots, where they will be allowed to fly cadets.

Gliding Over The Wolds

STAND DOWN: Early May Bank Holiday 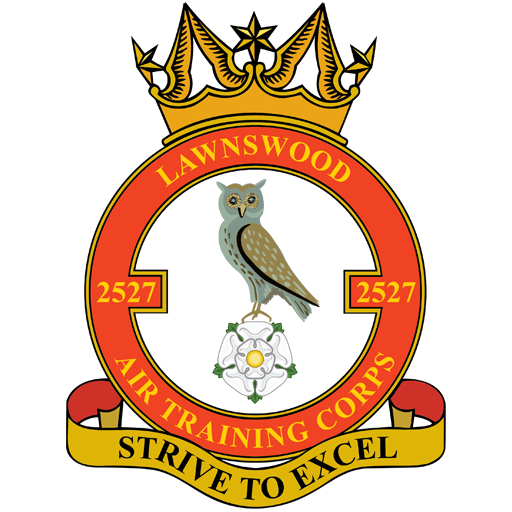